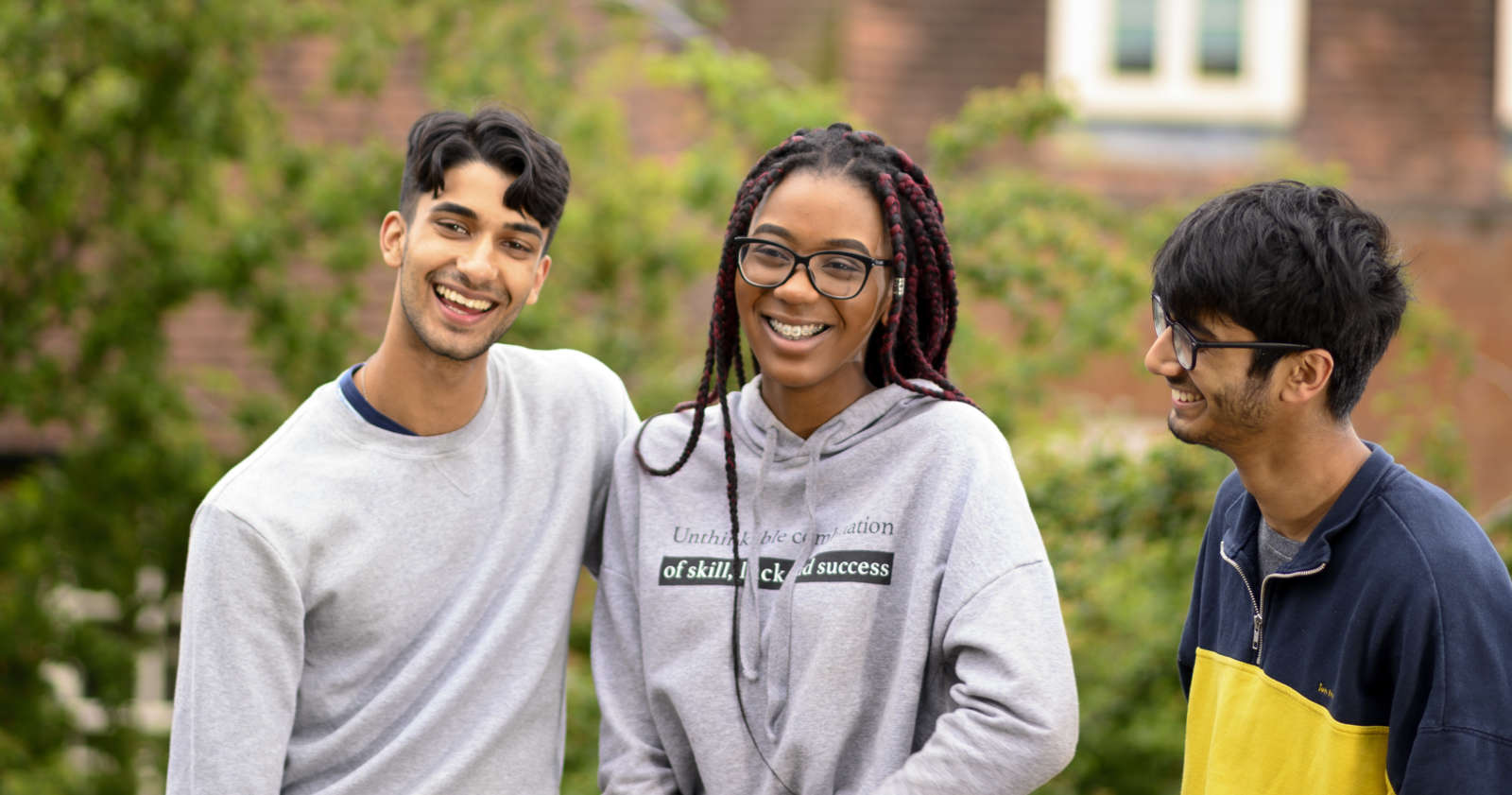 David Tittensor who has taught Further Maths at Rochester Independent College since 1994 says: “Good universities like Further Maths because it differentiates. Success at it shows students have the ability to understand and apply more difficult concepts, allowing them to discriminate between applicants, many of whom would quite easily gain A or A* in the standard A level.”

As well as two year programmes, RIC offers successful one year A level Maths courses to international students, including those who are over the age of 18 when they start the course, On these programmes it is not unusual for Rochester’s top students to cover the A level Maths syllabus September-January, followed by Further Maths January to June, alongside Physics, Statistics or whatever other subjects they are studying.

One of last year’s successful one year students Purin Sukpanichnant, from Thailand, took Maths, Computer Science and Further Maths as one year A level courses, gaining A*A*A* in what was really only nine months of study. He was awarded the CIFE Mathematics Prize this year and has an offer to study Computer Science at Imperial.

One of this year’s students Jiryayus Jinapong, a Gold Medal winner in the International Mathematics Olympiad, also from Thailand joined RIC in 2019 for a one year A level course. He has an offer to study Maths at Trinity College, Cambridge. Jiryayus says: “At Rochester Independent College I was taught by teachers who are excellent in the subject. With the small class size, teachers were able to answer all questions, look closely at the individual process, and give constructive feedback to homework. In addition, there was a weekly practice test to make sure that we really understood the lessons and to make us familiar with the exam style. Most importantly, teachers were supportive and helpful, and this made me feel comfortable to ask for help when I got stuck. Even though I wasn’t asked about Further Maths in the interview at Cambridge, the thinking process I have developed from the course helped me to answer difficult and challenging questions during the interview effectively.”

Danny Cheung came to RIC from Hong Kong in 2004 to study English and work in our kitchens. The College quickly realised that Danny was as adept at algebra as he was at cooking so he attended A level classes while continuing to work in our catering team. Post A levels, RIC awarded Danny a full scholarship to allow him to stay in the UK and study at university. After graduating from City University, London with a first-class degree in Mechanical Engineering Danny then rejoined the College, working in the classrooms rather the kitchens.

Danny says: “I teach at RIC as I remember being taught, sometimes in exactly the same rooms! Maths here is not reading out from power point presentations or following text book chapters in a linear way. Demonstration questions are usually made up on the spot by teachers and we talk through the steps as we write the solutions, asking students to check answers or spot mistakes. This trains them to spot silly errors and how to check their own answers in exam conditions. Further Maths at RIC challenged me to think rigorously. We have very small classes and students can access individual help easily. With Further Maths particularly, students have to do a lot of exam paper and problem-solving practice.”

The newest member of the RIC Further Maths teaching team is jazz pianist and Oxford University Maths graduate Rob Dimbleby. Rob joined RIC straight after graduating in 2018. As well as working as a solo artist Robert is an active keyboardist, performing regularly at gigs across the country. Recent gigs include Ronnie Scott’s and SoFar sounds with 7piece neo-soul group Pangolin and a European tour with NME top 100 band Patawawa.

Rob says: “The main reason Further Maths is useful for maths at university is because it really requires the students to thoroughly understand the theories and concepts at a very fundamental level as the exam questions delve deeply into specific concepts. One way that I help the students to achieve this level of understanding is by always offering rigorous proofs of the theories that they will be using in the course, even if the proofs are beyond the syllabus, and guiding them through this process of proving things so that they get used to the logical thinking required for this kind of rigorous approach. University level maths very much takes this approach of proving everything step by step, making no unnecessary assumptions, so I think it is useful for the higher level students to get used to this way of thinking.

In Further Maths lessons at RIC I also like to drop in a short question taken from a past Oxford MAT paper to use as a starter for the lesson to get students thinking. Specifically I like to choose the questions that test the students’ logical thinking and problem solving skills, but simultaneously have a very short and elegant solution, as I think it is important that students get used to the notion that problem solving happens by thinking deeply, asking "why?" and considering many approaches to tackling the problem, rather than perhaps rushing to write down lots of complicated algebra, which is a notion that is much more at home in university level maths than in A level Maths or Further Maths.

Beyond this, we have been encouraging and coaching the brightest students to take part in maths competitions such as the maths Olympiad, as well as STEP papers (even if the student is not applying to Cambridge or other university that require STEP), because these are examples of harsh papers which don't necessarily require a huge wealth of mathematical knowledge, but a very deep understanding of the knowledge that it does require. For the very brightest students I have enjoyed teaching them some 1st year/2nd year university level maths and giving them short question sheets to solve based on the concepts taught. I find this useful in testing their ability to retain new and high-level information and apply it to solve problems. This is a skill that is essential in the fast-paced learning environment of a top-level university, and fantastic practise for a maths interview at one of these universities.”

Flexibility is important with Maths teaching and Rochester’s teachers are able to offer all of the available optional modules. David Tittensor explains: “For further maths A level there are two compulsory pure maths units which are an extension of those in AS. In addition, students have to do two options. These consist of two further pure maths units, two mechanics units, two statistics units and two decision maths units. We offer the students the choice of any permitted combination of these- for instance you can’t do mechanics option 2 without doing mechanics option 1 so it isn’t a completely free choice. Students doing Physics tend to do FP1 and FM1 or FM1 and FM2, non-Physics students go for FP1 and FP2 and the Computer Scientists for the Decision Maths modules. The further Statistics options are covered in A level Statistics which we offer as an additional stand-alone A level.”

Covid-19 Open House News Room Enquire Now
This website works best with cookies. They allow us to see how the site is being used.
If you continue without changing your settings, we will assume you are happy to receive cookies.
Accept Learn More