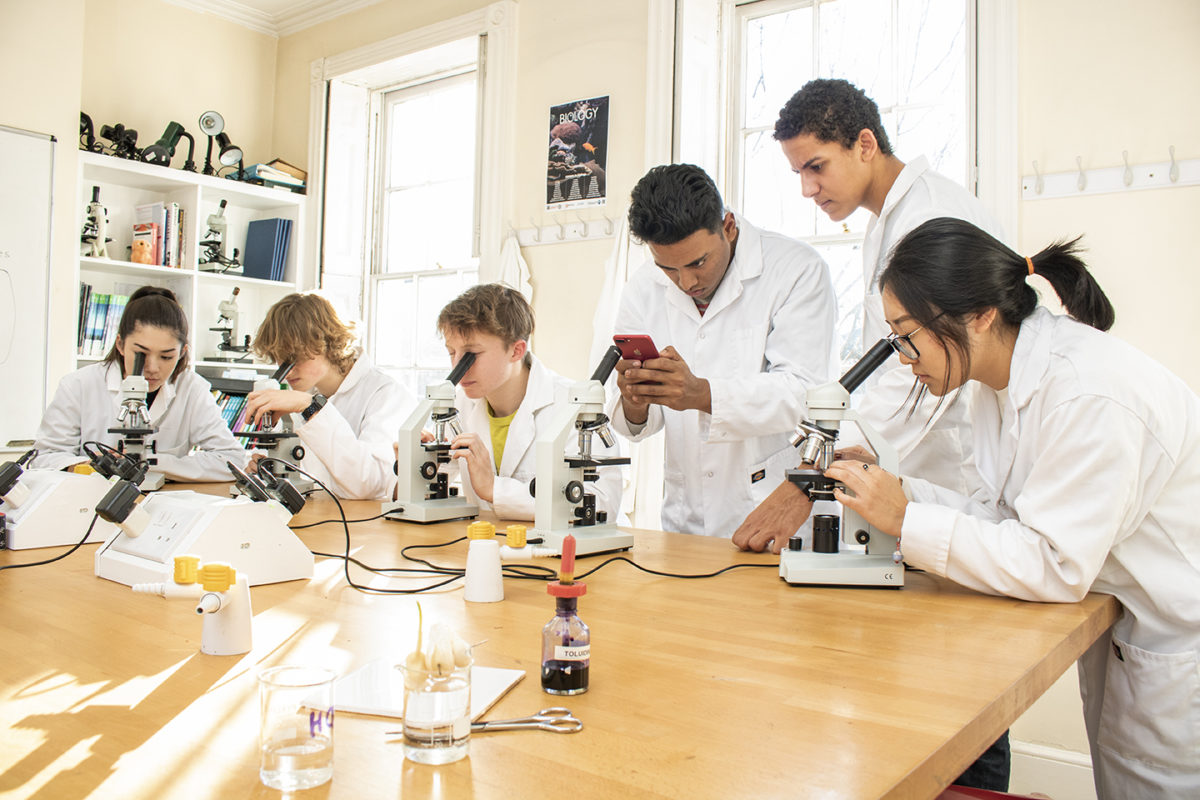 You can reapply successfully second time for Dentistry round while retaking your A levels as Rochester students demonstrate year on year.“For dentistry there was a separate programme which allowed me to go through my application with an experienced member of staff who was able to correct me in areas which were weak in my statement’ says RIC’s Jack Davies who now has a place to read Dentistry at Bristol after retaking his A levels in 2021.

Four RIC students retook A levels successfully in 2021 and secured Dentistry places. As well as Jack from Chew Valley School, Matilda from QE Faversham is off to Manchester, Caitlin from King's Rochester to Newcastle and Rachel from Chis and Sid Grammar to Leeds.

Priya Takhar and Amman Sall (left), both off to dental school in 2017, came to RIC from Mayfield Grammar School to retake Biology and Chemistry. Priya gained A*A* and Amman A*A. Amman says: “I wouldn’t have been able to do it without all the help at RIC. I really appreciate all the support from everyone there.”

You need to pay close attention to university policies on resitting and reapplying as these are subject to change. Some UK Dental Schools will not consider applications from students resitting their A levels unless you are a previous applicant who narrowly missed your conditional offer from them first time around and there are serious extenuating circumstances. Dental and Medical schools may alter their policies for students looking to resit their A-Levels in the 2021/22 academic year as a result of students being awarded Teacher Assessed Grades (TAGs).

How Can I Prepare for Reapplying To Dental School?

Already competitive first time around you need to be even more focussed when applying as a retake student. Your personal statement will need to candidly reflect on why you did not achieve your grades first time around and not just be a litany of excuses! You need to demonstrate how you have learnt from whatever setbacks there have been and demonstrate real tenacity.

Building on your portfolio of work experience can help your application stand out. Try and get a range of experiences in different practices and contexts. Remember volunteer work doesn't have to be dental to count. Anything healthcare or people related wins brownie points with admissions officers.

The teaching at Rochester is rigorous and tailored to the best possible exam results. It offers a broad education combining its original focus on getting students into competitive courses such as medicine and dentistry with a new emphasis on the creative arts.

Manchester: We welcome applications from those re-sitting their A-levels, though you should only have re-sat either Year 12 or Year 13. If you have taken three A-levels, you are expected to have obtained a minimum of grade B in each subject at the first sitting. Re-sitting candidates are expected to achieve Grades A*AA in the A-level subjects specified above, and the A* is expected to be achieved in the Year 13 re-sit year in either Biology or Chemistry.

Leeds: The School of Dentistry accepts applications from those undertaking a second attempt at an entry qualification. Any such applicant having previously held an offer of a place on the programme should be aware that no guarantee can be given that another offer will be made. We will only accept one resit attempt at full A levels, unless an applicant is able to provide evidence of mitigating circumstances that may have prevented them from achieving grade A on their second attempt.

Bristol: We will consider applicants who are completing resits of GCSEs and/or A-levels (or equivalent level 3 qualifications). A maximum of one resit is allowed in any one subject. We will only make an exception to this where there are mitigating personal circumstance. The decision to allow an exception will be made at the discretion of the University.

Harriet Morse joined the College from Newstead Wood Grammar School for Girls initially intending to just retake her Biology and Psychology. Recognising the need to demonstrate to the dental schools that she was using her retake year imaginatively and to better prepare her for her chosen course she took up an extra A level and an extra AS and won a dream dentistry place. By adding additional relevant subjects and extra work experience to a student’s portfolio the disadvantages of applying as a retaker can be countered. Harriet blogs on her exhausting, exhilarating and unexpected journey into Dentistry here.

Matthew Sarstedt always knew he wanted to be a dentist. So, when he didn’t get the grades he needed to get into dentistry, he decided to resit his exams at Rochester Independent College in Kent. Now he’s got three As under his belt and is set to start his course at the University of Sheffield.

“I knew from an early age I wanted to be a dentist. When I was filling in my UCAS form, I didn’t even bother to put down an insurance choice in another subject. So when I didn’t get the grades I needed, I decided to stick to my guns. I wanted to prove I could do it and I didn’t want to accept second best.

I decided to turn to the private sector. I chose Rochester because I thought it was the nicest college, and it seemed very friendly. It had a boarding facility, which appealed to me. I wanted to go away because my friends had gone away – I would have had no life if I’d stayed at home [in Cheshire]. Going to Rochester gave me the chance to meet people in the same boat as me.

When you do resits, a lot of universities raise their entrance criteria, so I had to get AAA. To get that extra edge, I also took two more AS levels. If you are planning to resit, you have to go above and beyond, and give something extra. You’ve got to have the motivation. I thought I had worked and done my best the first time round, but you can always give more. In a way, it helps you prepare for university because you have to study more independently.

At first, I did feel left behind, but now I’ve come to realise it was the best thing. Taking one step sideways is better than taking one step back and doing a subject that’s not right for you.

I got the grades I needed, and now I’m going to Sheffield. That was initially my first choice, but the first time round I didn’t even get an interview because my module grades weren’t up to scratch. What have I learnt? If you know what you want, don’t just settle for second best.”

While at Sheffield, Matthew was a member of an all singing, all dancing, all dentist One Direction “tribute” band, One Dentition.

Peter formerly of Dane Court Grammar School was devastated after receiving his A level results. It seemed that his dreams of becoming a dentist had been dashed after failing to meet the terms of his offer. It is notoriously difficult to get a place at Dental School, even more so as a retake student applying second time around. Determined not to give up Peter enrolled on a one year A level retake programme at Rochester Independent College. To strengthen his application he took an additional A level- Sociology- from scratch in a year as well as an AS course in Ceramics to demonstrate his manual dexterity. Upon finishing he continued his DF1 training in a practice in Leeds. To further develop his interest in oral surgery and general medicine, he continues to carry out a DCT position in an oral and maxillofacial post at Broomfield Hospital. Peter is pictured with fellow student George, formerly of Maidstone Grammar School who celebrated grades of AAAC and a Vet Science place at Nottingham University. George is the third brother in his high achieving family to leave RIC with a place on a top course. Tom won a place studying Dentistry, Edward a place at medical school.