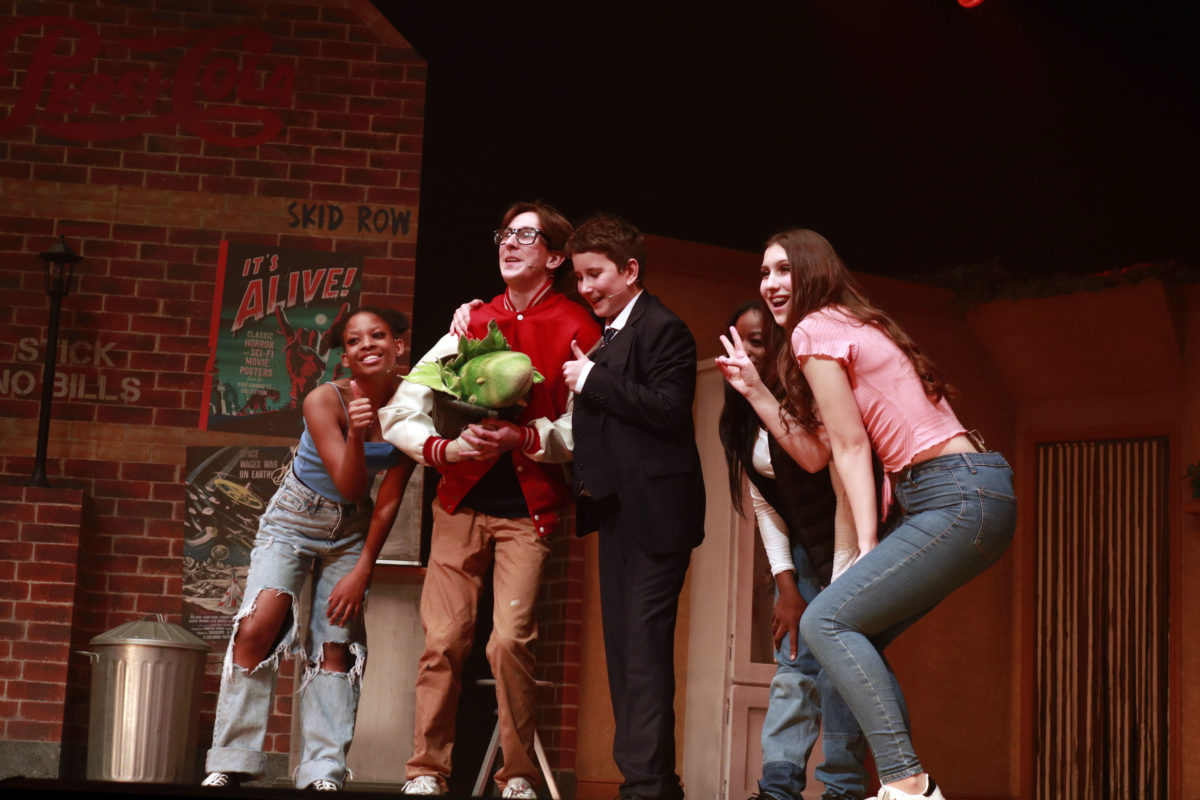 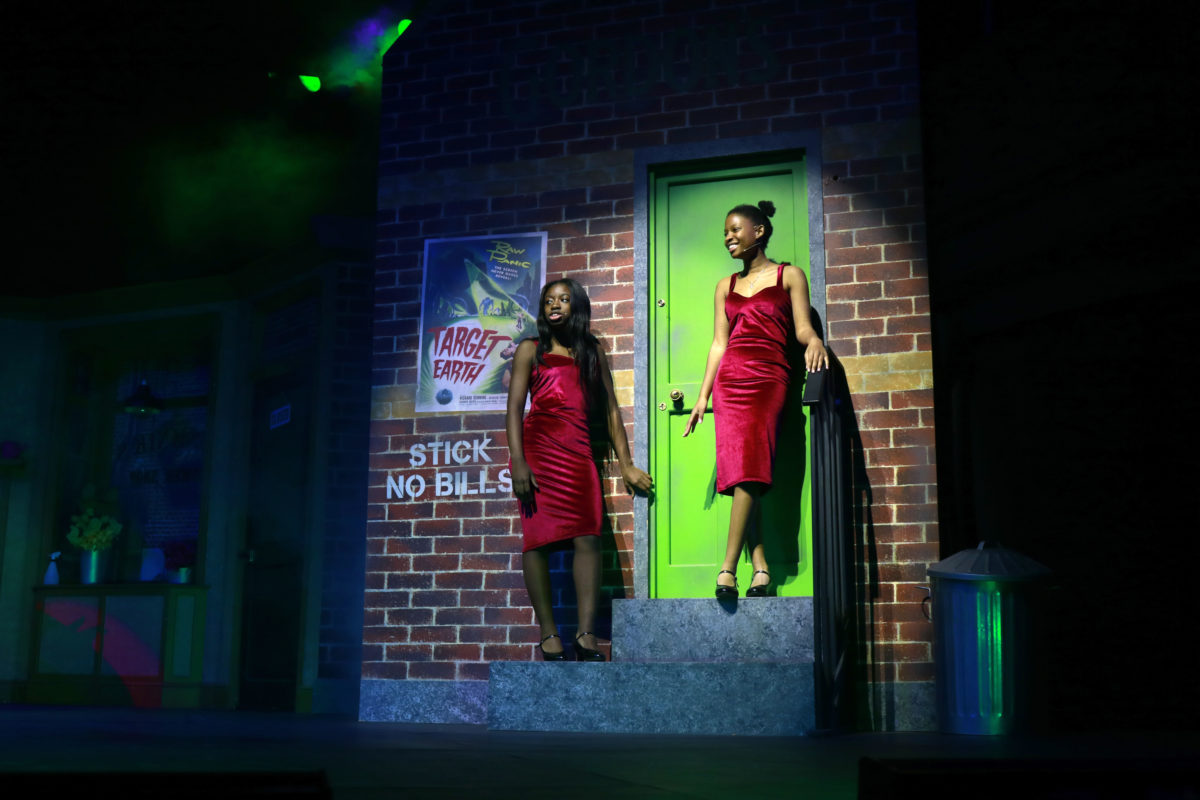 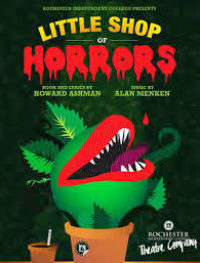 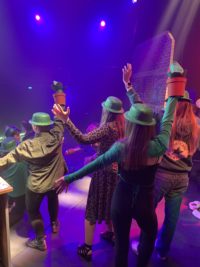 London’s West End is only a 40 minute train journey away and RIC students benefit from a stunningly broad range of trips to see a range of plays and performances.

As well as GCSE and A level students also have the opportunity to take LAMDA grade exams in Speech and Drama. These qualifications also carry UCAS points for university entrance.

The College is next door to the Medway Little Theatre and our students are closely involved in Youth Theatre Groups there. With an all student cast and a wonderfully talented staff-student band the College's debut full scale production Bugsy Malone was an infectiously brilliant gangland gungefest of a success. The RIC Theatre Company, under the direction of Deb and Sally have just performed 'Little Shop of Horrors' at the Central Theatre Chatham. Audrey 2 the R&B singing carnivorous pot plant was particularly hungry having been left off the stage last year because of the pandemic... 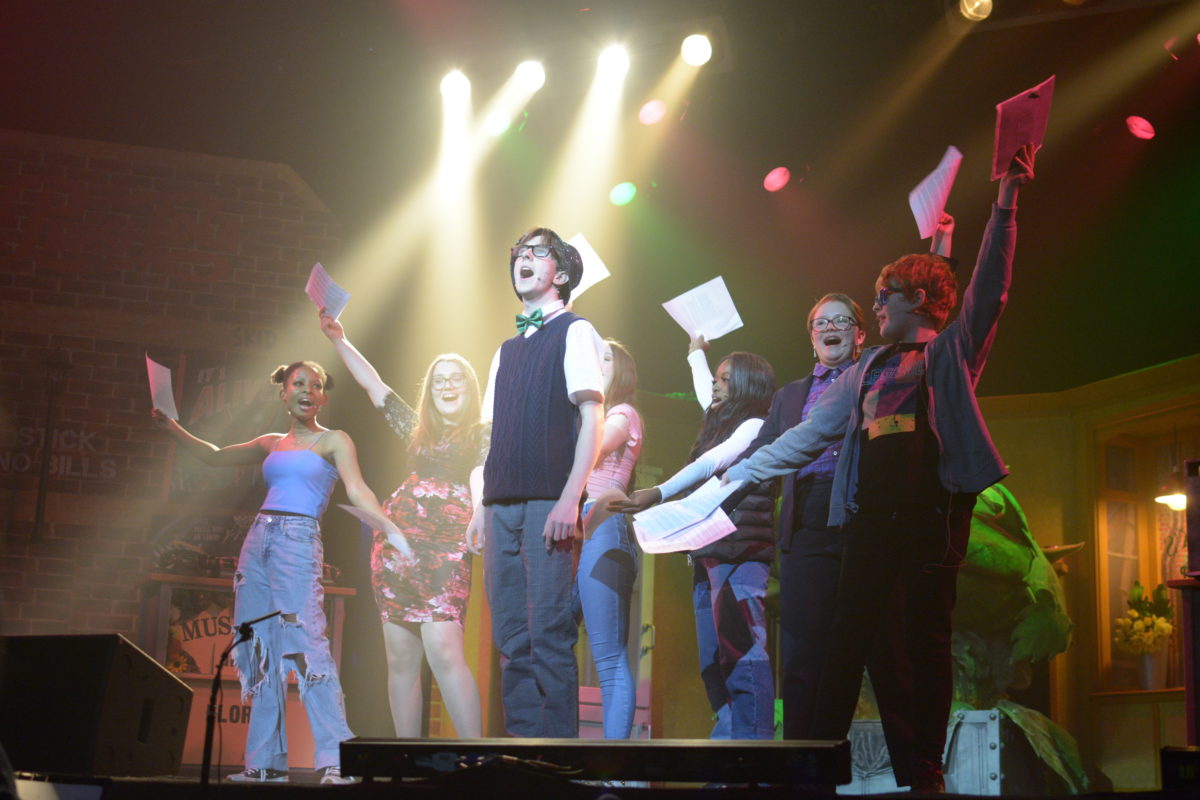 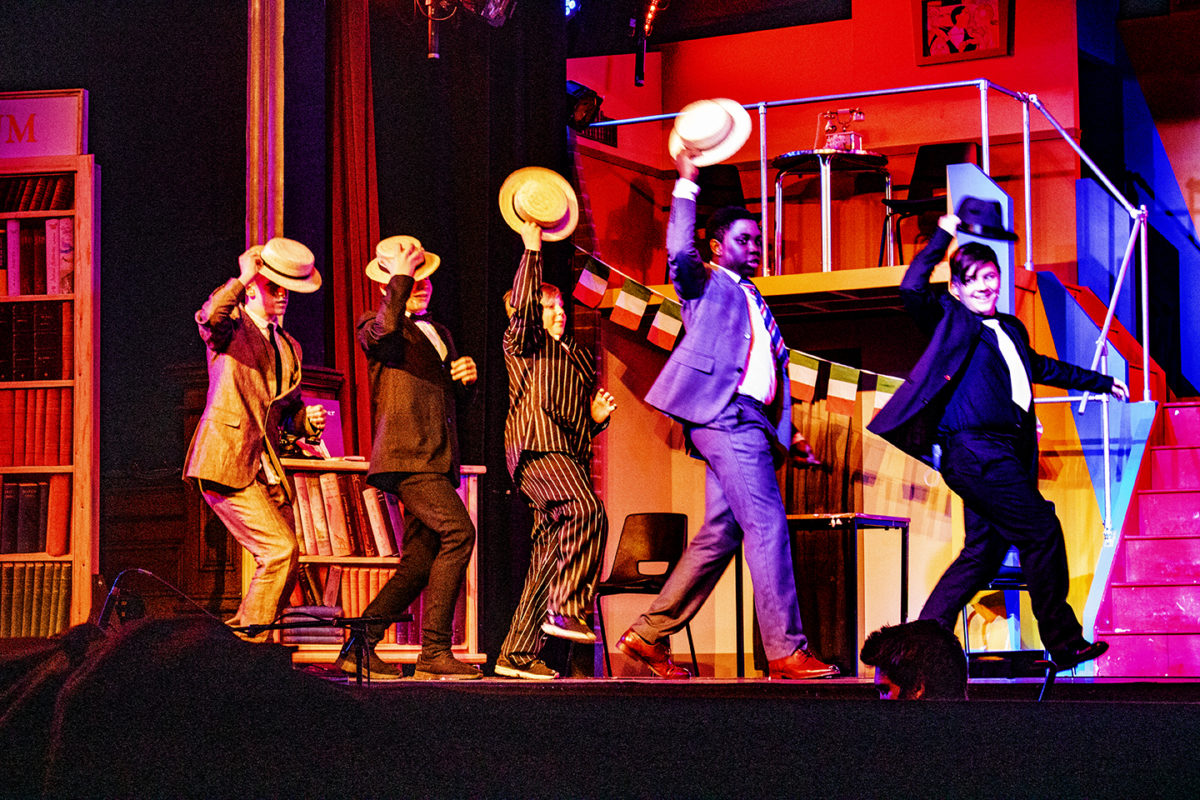 Chekhov and Wilde On Star Hill

RIC has historically hosted live theatre events with internationally acclaimed performers Ridiculusmus and Guy Masterson being amongst those to have entertained staff and students on Star Hill. Theatre will be coming back to the College next year in our dedicated underground space as part of a new collaboration with  the European Arts Company, a national and international touring theatre company whose productions have been seen at The Trafalgar Studios and The Jermyn Street Theatre in London. Watching the complete process of the staging of the production in the familiar setting of the College is a treat. Seeing top professionals who work in the same productions on the West End can make all the difference between: “I wish I could do that” and “I will do that.”

Reviews for productions seen at RIC before their London runs:

'Chekhov wasn't all doom and gloom! European Arts Company’s production of Chekhov Shorts is fast-paced, witty and engaging' THE STAGE

As well as hosting visiting theatre companies on site RIC students also enjoy an exciting programme of evening visits to London productions. English and Theatre students enjoyed a final trip of the year to see Headlong Theatre’s acclaimed dramatization of George Orwell’s classic novel Nineteen Eighty Four the terrifyingly dystopian vision of the future that gave us such popular cultural phenomenon such as Big Brother and Room 101. The production transferred to the West End from the Almeida Theatre and is an intense, interval free multi media adventure touching on such timely issues as privacy, the surveillance state and the power of the media. Other recent trips include to Shakespeare’s Globe for Romeo and Juliet, the Barbican for Benedict Cumberbatch as Hamlet and the Old Vic for Glenda Jackson as King Lear. 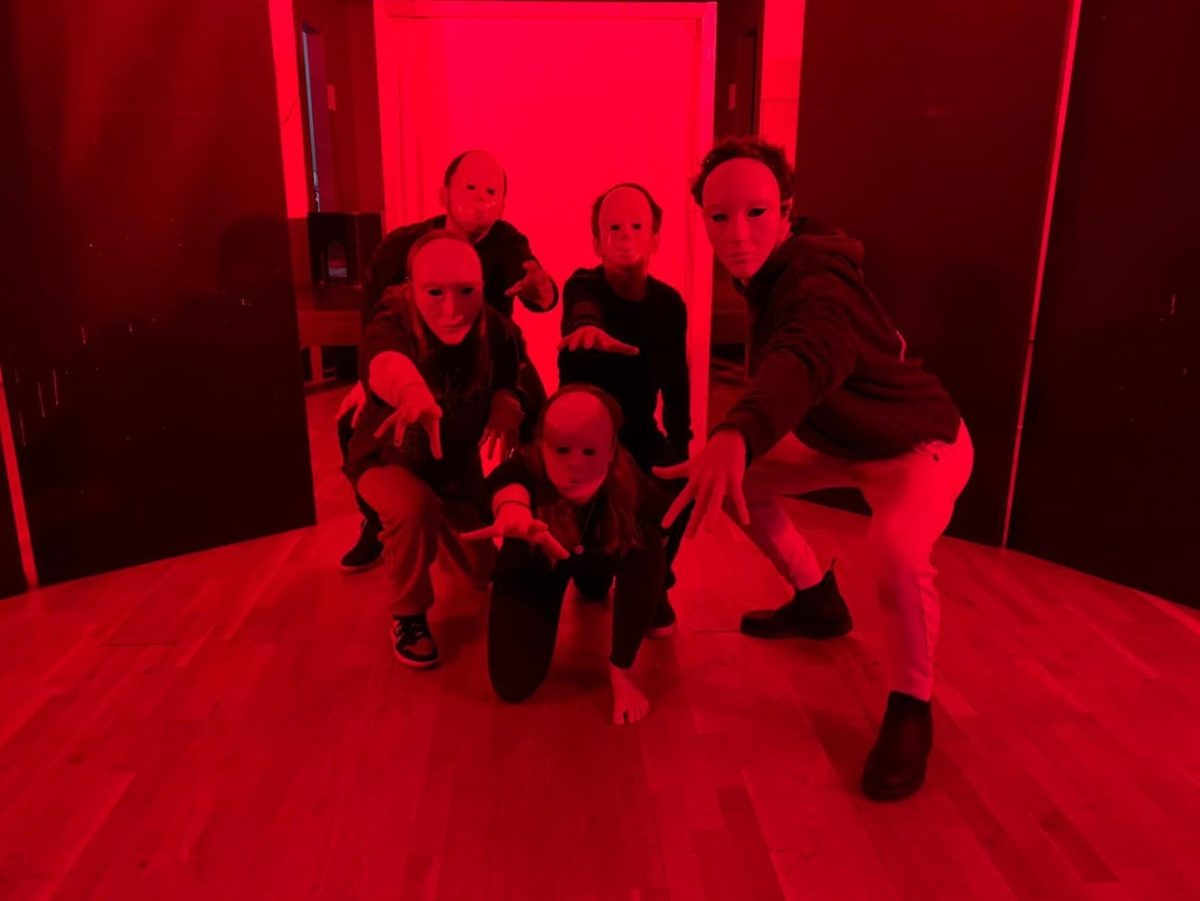 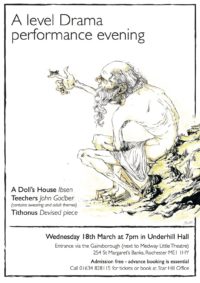 The A level Performance Evening is part of the preparations for the final acting exams. The classes had been working towards their pieces of theatre since January. The audience is made up of current and former students as well as parents and staff who all come to support all the students. Last year students performed pieces from 'Terre Haute' by Edmund White which was based on interviews Gore Vidal undertook with the Oklahoma City bomber when he was in prison. This was followed by Steven Berkoff's 'East', a dark play about the East End of London. Thirdly, the A2 devised piece was about male identity and how it is affected by different aspects of society. Lastly there was '4.48 Psychosis' by Sarah Kane, an episodic play that explores mental health. The whole evening was a great success and very beneficial for the students in preparation for their examinations. 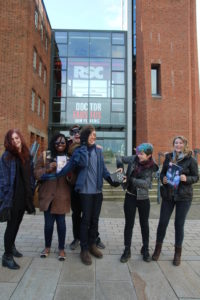 Students benefitted from an overnight trip to Shakespeare’s birthplace to see a production of their set text Dr Faustus by his contemporary and rival, Christopher Marlowe. RIC students left the county of Marlowe’s birth, made Shakespeare’s journey from Warwickshire to London in reverse, and arrived in Stratford. This production, directed by Maria Aberg, used two lead actors exchanging roles. This was reminiscent of Danny Boyle's production of Frankenstein, but rather than two actors alternating roles, this production left the roles of Faustus and Mephistopheles to the burning of two matches, on stage, before the audience. We have seen some fantastic productions of Doctor Faustus over the years, but this was a wonderful performance to finish on, faithful to Marlowe's text, yet bold enough to conjure the more than four centuries old work to life. The students really appreciated it, which always makes any trip worthwhile. “I loved how the different styles on stage” said one year A level student Bea Harley “reflected the generic eclecticism of the text.” Connor Davies, who has been at the college since year 7 said “The Helen of Troy scene visually represented Faustus’s entrapment by his hubris and desires. It was physical theatre at its best.