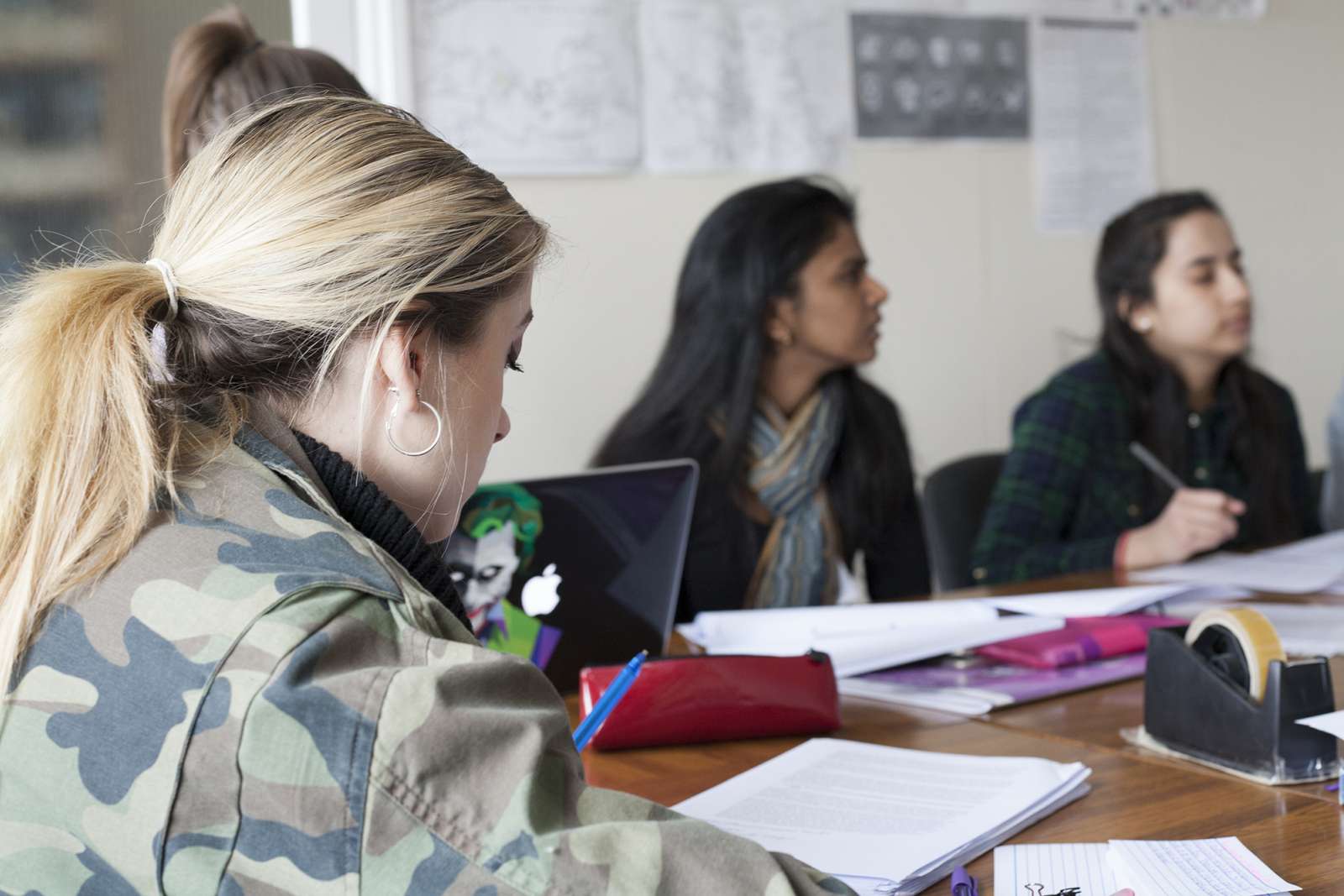 Fast Track One Year A Levels at Rochester Independent College 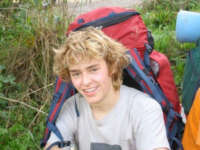 A level student Joe joined Rochester Independent College as a boarder having already achieved 10 A*s at GCSE and 3 A*s at A level in Maths, English Literature and History at Tonbridge School. Changing direction, he took three A level courses in Chemistry, Physics and Biology, picked up another three top grades within a year and won a place to study Medicine at Oxford University.

One popularly held misconception that Rochester Independent College debunks with complete and cheerful confidence is that “A levels have to be two year courses.” As RIC students show with year after year of fantastic results, A levels ranging from the Sciences to the arts can be done successfully in just a single year of study.

Top one year A level performer in 2019 was Purin from Thailand with A*A*A*B in Computer Science, Maths, Physics and Statistics.

International students with a good academic background can study single year A Levels at RIC as an alternative to foundation courses. Top grades at A level remain the most reliable passport to the best universities. UK students take one year courses for a variety of reasons. The most common are under-achievement in the lower sixth, year 12 at another school; a need to retake A levels, perhaps adding one or two new subjects to give new motivation, and returning to education after a break. Students also transfer to one year fast track A levels after a low score at IB.

One year courses of A Levels often open new educational doors for students and lead to places at first choice universities, including Oxbridge and the G5. These accelerated pathways suit both those with a history of academic high achievement and those needing to change direction.

Mature students and non Science graduates sometimes take a one year course at RIC if they need key subjects for their chosen university course such as A level Chemistry for Medicine and Vet Science.

The advantage of completing A level courses in a year for UK students transferring directly into our year 13 is that it allows them to play catch up, revise the first year of A level comprehensively alongside the second year material and still complete their sixth form within the standard two year period and aim for a good university.

One of RIC’s recent star performers was Arielle whose results of A*A*A (English Literature, History of Art and Philosophy) were achieved after only 9 months of study and won her a place at Oxford University to study Psychology at St Catharine’s College. 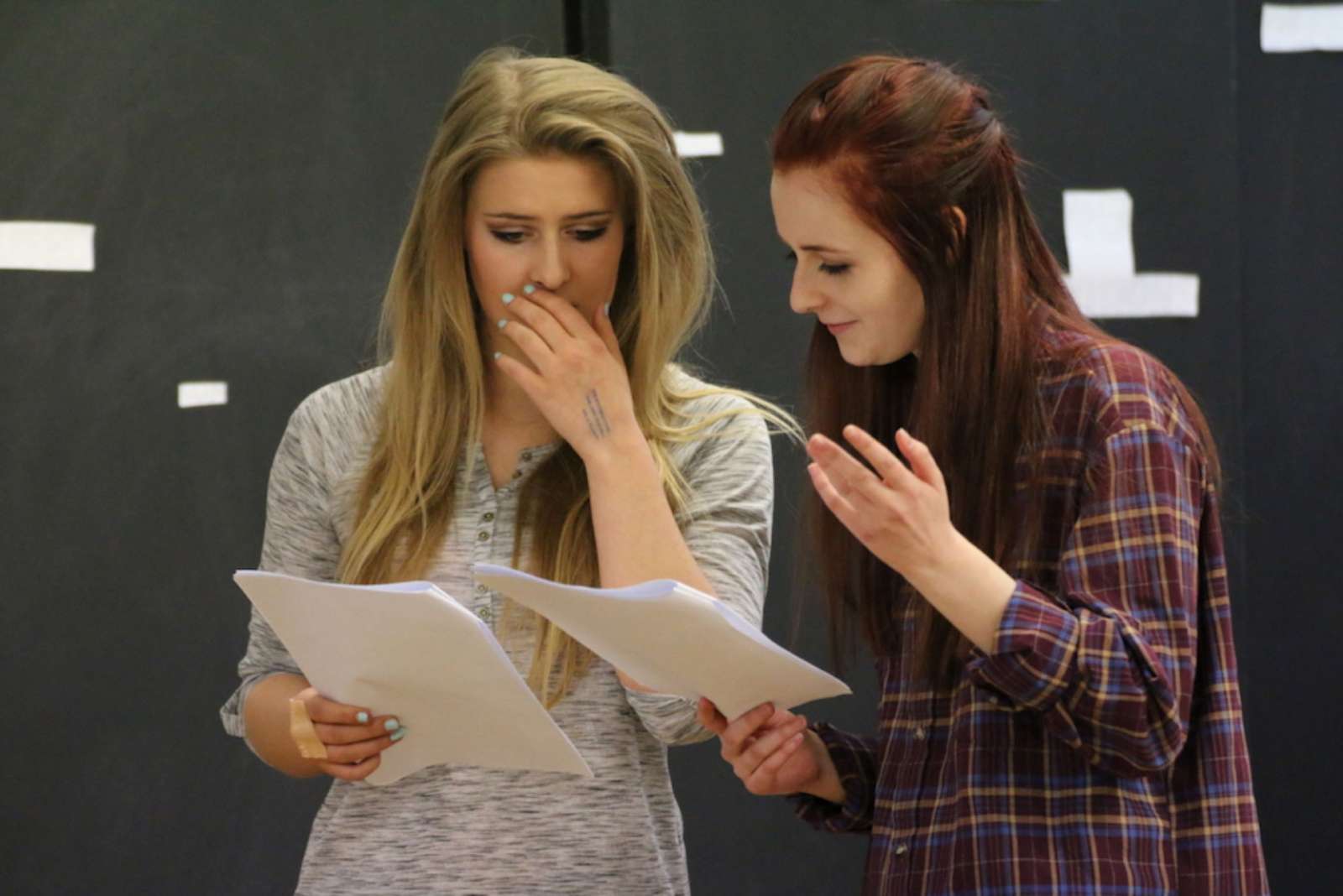 As someone with dyslexia, studying English at a top university seemed like quite a long shot. I am delighted to be going to Exeter and couldn’t have done it without Rochester Independent College.

Top performers this year include Warach whose grades of A*A*AA on a one-year course won him a place at Trinity College, Cambridge, to read Maths.

Successes in 2018 at RIC include Cordelia who came from King’s Rochester with BBD in Biology, German and Chemistry. With an eye on her aim of Biochemistry at university, she decided to combine her science retakes with a one year course in Textiles gaining A* in one year from scratch, improving her science grades to A*A and gaining a place on her first choice course at Sheffield.

Mungeh came to RIC from Tonbridge School took the opportunity of an extra year of A levels to add Graphics and History of Art as one year courses while retaking his Maths. He now has a place at UCL’s prestigious Bartlett School of Architecture.

Ella switched to RIC after the first year of the IB Diploma at TOGS. Finding A levels a better route for her, Ella completed three subjects intensively in only a year, making her grades of AAA in History, English Literature and Film Studies even more impressive. Another high flying A level success is Henry from Cranbrook School. Henry joined the College with CDDD at AS, switched all of his subjects and took three single year A levels in Psychology, Sociology and Film Studies. His grades of AAB have won him a Psychology place at KCL.

Other successes for local students on the fast track A level programme at RIC include Emily from Simon Langton who won a place to study Theology at Durham, Daisy from Walthamstow Hall who will read Geography at Exeter, Rohan from Sackville School whose top grade in Philosophy achieved in one year helped him secure a place at Imperial for Computing and Bedir from King's Canterbury who won a place to study International Relations at KCL. 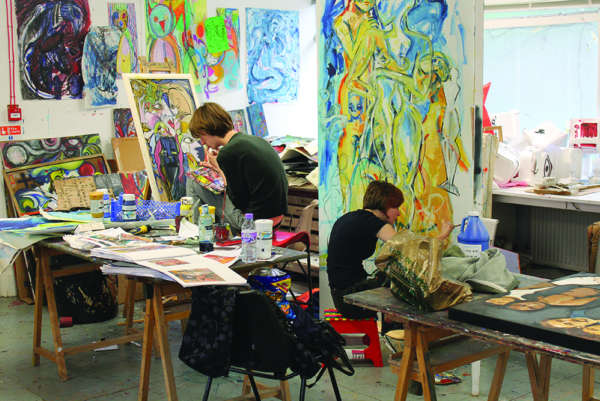 One Year A levels for International Students

Irina from Barcelona was similarly successful on her A level programme, achieving grades of A*A*AB in Spanish, Photography, Film Studies and Drama respectively.

The advantage of single year A level courses for well qualified international students is that they can move quickly into UK Higher Education, specialising earlier in a way that is more difficult in many international systems or with the IB Diploma. The range of university options for students with A levels is still much wider than for those following foundation courses and many of our students proceed directly to top universities such as Oxford, Cambridge, UCL, Warwick and Imperial after only one year of study at Rochester.

Groups in all subjects on one year courses tend to be dynamic and exciting with lots of interaction between students and teachers. Those aiming for places on highly competitive courses such as Law, Medicine, English, and Veterinary Science will find themselves in groups of similarly dedicated students keen to make rapid progress. The pace is swift and focused on the demands of the examinations. Classroom teaching is supplemented in all subjects by a structured revision programme and weekly testing.

Paul Dutton, RIC’s Head of Physics has this advice for students thinking about a single year A level course:

“How can students achieve A level success in one year? You have to bring something to the party: Commitment. In return we offer courses with the flab removed. At RIC we have the expertise to put together a course which distills A levels down to the essentials and ensures that everything you learn is completely relevant to your syllabus. Our programme of regular testing under exam conditions ensures you know exactly how you are performing on a weekly basis. Our generous allocation of lesson time ensures that the one year course is not rushed but paced. One year A Level courses, either from scratch or from a background which is not working at present, are often seen as daunting. With proper planning and management they are achievable.” 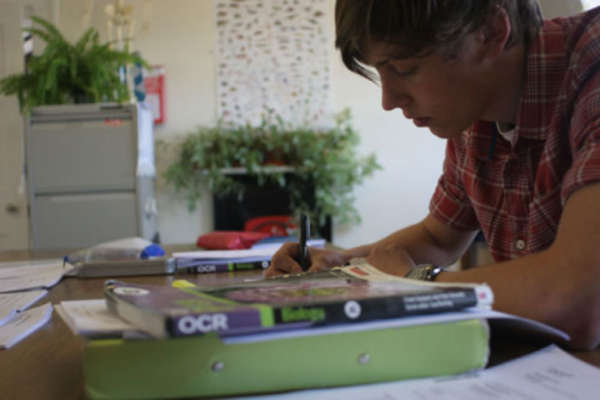 Tuition methods at RIC are aimed at helping each student to understand and realise their own potential. Small classes, with a maximum of eight in a group, and the easy accessibility of staff ensure that students receive a great deal of individual help and attention. Regular tests under examination conditions are designed to help those who suffer from ‘examination nerves’ and prepare them for public examinations.

RIC was beyond instrumental for me. It completely reinvigorated my love of learning, and introduced me to my degree subject. I went in completely demoralised, and came out much more confident. It took away all the barriers which had held me back before, and enabled me to be who I had the potential to be.

Vinny, now studying Medicine at the University of East Anglia

With the support of my teachers and classmates the intensive A level course has been a great opportunity to have another shot at applying for Medicine and succeeding.

Vinny, now studying Medicine at the University of East Anglia 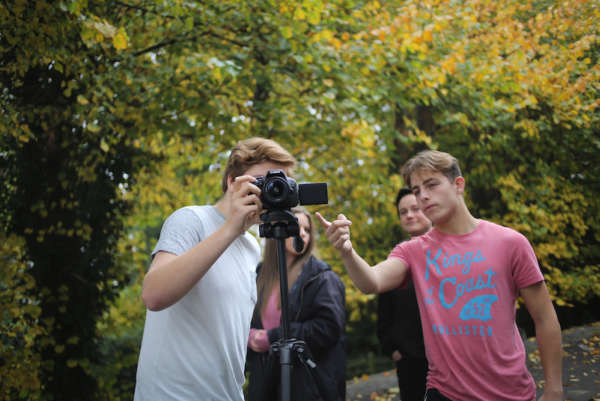 One Year A levels as an alternative to A level Retakes

Typical of RIC one year A level students is James from King’s Canterbury who joined with two A levels- a C in Geography, a D in English- and a D in AS Economics. After a one-year course at RIC James celebrated ABB at A level in three brand new subjects (Media, World Development and Sociology)- all taken in a year from scratch. Demonstrating that you do not always need facilitating subjects for entry to top universities, James received offers from Bristol, Cardiff and Oxford Brookes but opted to take up a place studying Sociology at his first choice- Exeter University to study Sociology. 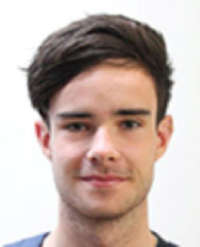 Adam joined RIC last September from Sutton Valence. His story is typical in demonstrating that subject choice is often crucial in determining success. He left SVS with EUU at A level in Business Studies, ICT and Sports Science. He took three fresh subjects at RIC (Media, Film and Graphic Design), all in a year, and ended up with BCC at A level and a place at Leeds Metropolitan University to study Sports Marketing.

One Year A levels for Medicine, Dentistry and Vet Science

Off to train as a vet in 2019 is a student who took A level Biology and Chemistry in a year from scratch!

RIC’s two top performing students in 2013 Kla and Puthipong both netted 4 A* grades in one year of study and won places at Trinity College, Cambridge for Natural Sciences where generations of princes, spies, poets, prime ministers have studied.

Class sizes are extremely small, usually numbering around 6 motivated and hard working students. This means that every student has access to individual attention. Problems can be quickly diagnosed and tackled. Progress is rapid. This is due to a combination of intensive teaching and examination practice and high levels of motivation on the part of the student.

One year A level student profiles

Tim “I come from a background studying IB at an international school in Istanbul. I lived there with my family and completed the programme but was very disappointed with my results. RIC was recommended to me by friends whose daughter had had the same experience but came to Rochester. She switched to A levels and did really well. I’ve had a good boarding experience at RIC, especially considering that this is my first time living away from the family. I can’t go home at weekends but I feel safe and looked after. The food is great too. I play football in a league and we are currently second in the division! I think that RIC has been a great transition for university.

I wish now that I had taken A levels in the first place as I always knew that I wanted to study Bioscience at university. I am now taking A levels in Biology, Chemistry and Maths at RIC and I feel really prepared, I’ve had lots of support. I have a number of offers but am hoping to get AAB to go Bath. When I finish my exams I’m really looking forward to four weeks kite surfing in Turkey!”

Another fast track success story is Alex who left the Judd School after year 9 when he was home educated until returning to full time education for accelerated one-year courses at RIC. Alex leaves the college with AAA for his first choice course, Psychology at the University of Sussex. Alex’s one year A level subjects were English Literature, Maths and Physics.

Enquire Now News Room
This website works best with cookies. They allow us to see how the site is being used.
If you continue without changing your settings, we will assume you are happy to receive cookies.
Accept Learn More